Home / About / About Dude 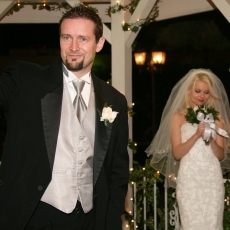 Though theChristiandude is an Internet moniker, he is in fact a “real dude”. His name is Scott, & he lives in Washington state with his wonderful wife, awesome “little man”, and gorgeous baby girl who has daddy completely wrapped around her finger. He loves sports, is extremely competitive, and has coached his sons soccer, baseball, and soccer teams since little man was 4 years old. He is a former atheist with a unique testimony of how he came to know God (click “My Testimony” on the About drop down tab if interested), & now attends Word of Faith Christian church. Scott has a heart for bringing people whom have never met or have denied God, to know Him. Due to his personal life experiences, he shares that heart through the ideology of “Relationship, not religiosity”… which he learned so much about through his years at Casey Treat’s Christian Faith Center.

Scott has an extensive and successful history in sales, having worked in sales and marketing for 15 years. His endeavors include: Working for a conservative lobby group that’s called by Fortune Magazine as “one of the top 10 most powerful lobby groups in the nation”, where he raised funds for the organization for 5 years. Also FOX TV in the Tricities, at Warner Brothers in San Francisco, in high-tech in Silicon Valley, as well as having owned a small advertising agency, owning a local text advertising business, and even being an on-air DJ for a local radio station while in college. Scott is known for being a little nutty with a cheesy, goofball sense of humor, and strives to not take himself too seriously. 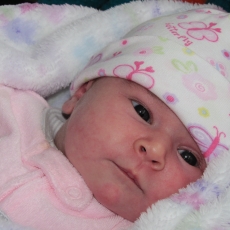 Baby girl born 11/11/11.
About 7 years ago, Tracey Armstrong was speaking a powerful message at The Vine Christian Ministries. Tracey has been gifted with a spirit of prophecy, and toward the end of the service he began to prophesy over a handful of individuals packed into church that day. One of those people Tracey prophesied over was Dean Smith of Live to Forgive Ministries, before Dean began any sort of ministry whatsoever. Never having so much as spoken to Tracey, Scott was another person he prophesied over… Tracey prophesied an abundance of creativity and entrepreneurship over Scott, that was phrased as being closed like a flower at that time, but would one day open up and blossom into the prosperity of an overflowing cup as a business man for God.

Scott now dedicates all his endeavors to his entrepreneurial spirit, building multiple for-profit websites for his FT Internet marketing business, and working on his ongoing artistic ability related to writing… he hopes to finish his first novel which he terms a Christian fiction book, some time in 2013. Further, he is currently gathering unique testimony and stories for a book, as to unusual ways people were brought to know Jesus. Scott also hopes to make a family-friendly comedy film in the next 3 years.

Possibly Dude’s favorite pic of Dude & wifey of all… what says marriage better, the pose or the caption on the bridge? 🙂